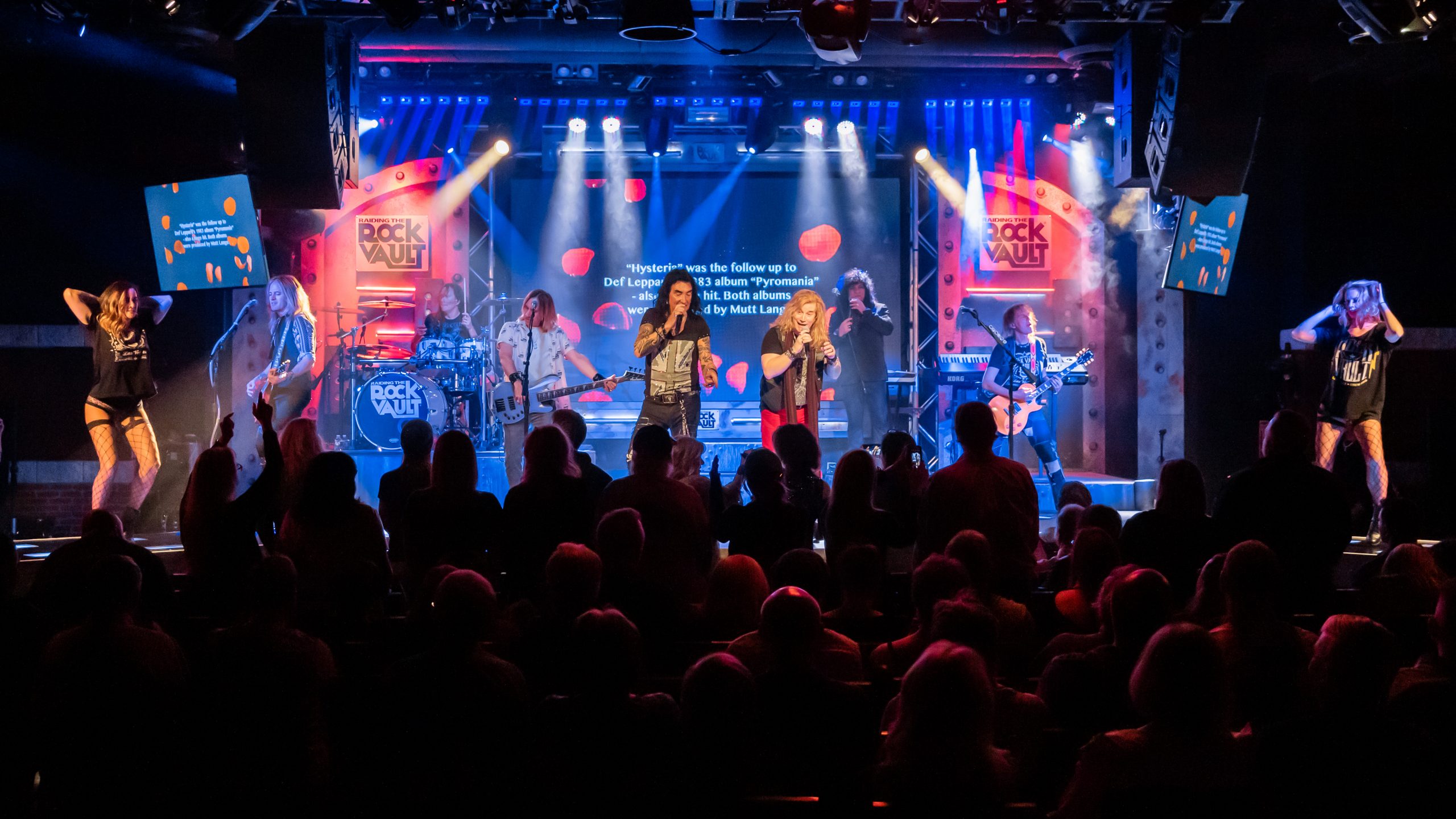 November 2017 saw Raiding The Rock Vault, the ultimate rock experience, celebrate its 1,000th show in Las Vegas. December 2019 will see the award-winning show playing in the UK for the first time.

Raiding the Rock Vault brings the history of rock ‘n’ roll to life, featuring classic anthems by the biggest acts in music including The Rolling Stones, The Who, The Doors, Jimi Hendrix, Led Zeppelin, Deep Purple, Free, Eagles, Fleetwood Mac, Queen, Boston, Kansas, Aerosmith, Van Halen, AC/DC, Pat Benatar, Foreigner, Heart, Journey, Bon Jovi, Whitesnake, Survivor and many more. The show is performed by some of the best performers of their generation – artists with a who’s who of credits.

The show is a fully immersive experience – backed with projections relating to the iconic songs the band will be performing – as the band deliver a journey through the history of rock music.

Raiding The Rock Vault debuted at the Mayan Theater in Los Angeles on November 29, 2012. Since then the show has played over 1,300 times to consistently SOLD OUT audiences.

For the UK shows in December 2019 the band will include the following artists:

Raiding The Rock Vault UK dates so far announced are below