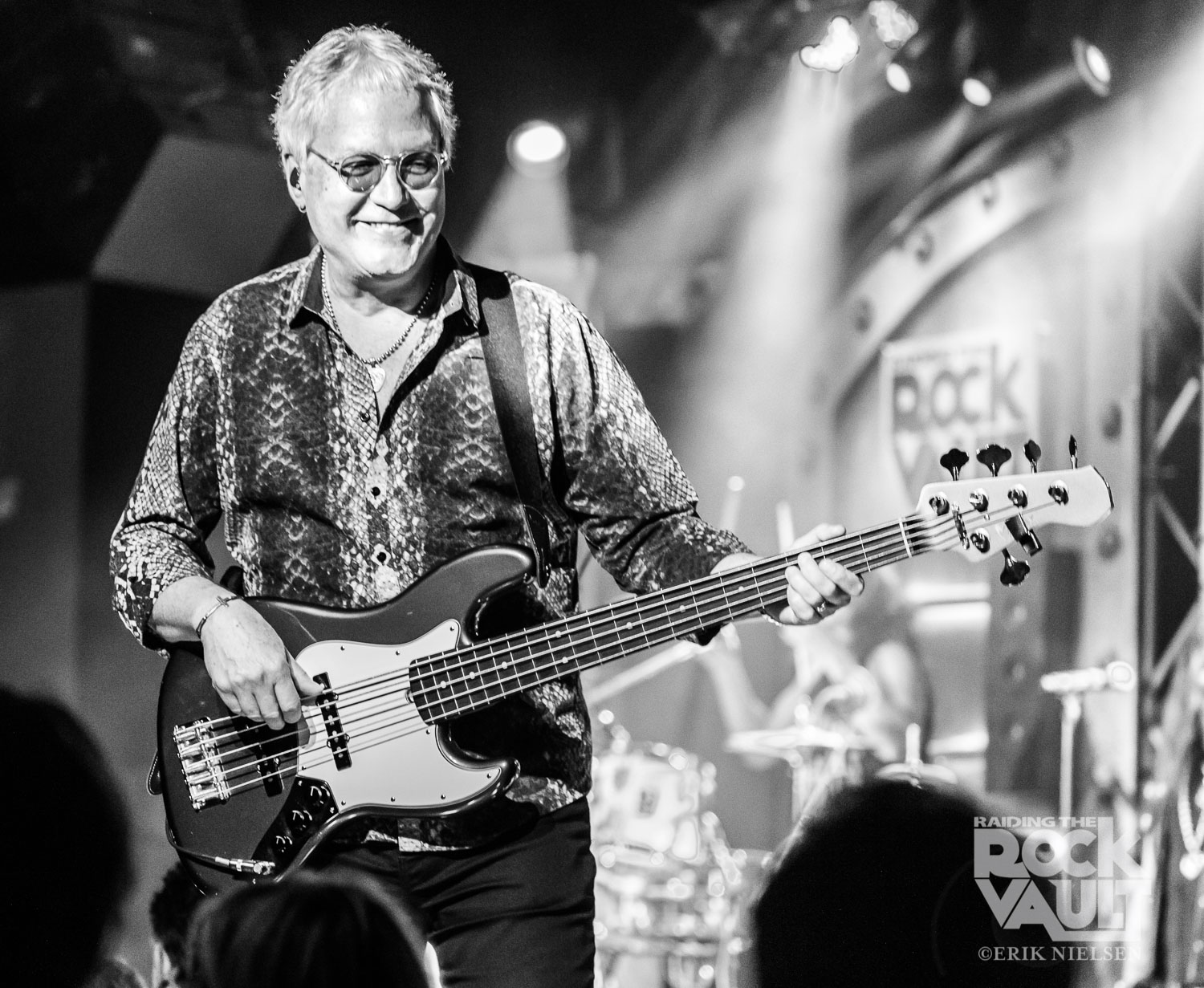 Raiding The Rock Vault, the ultimate rock experience, salutes bassist Hugh McDonald on his induction into the Rock and Roll Hall of Fame, along with Bon Jovi. Hugh joins fellow Raiding the Rock Vault bandmate, guitarist Howard Leese, who was inducted with Heart in 2013.

Hugh was inducted in Cleveland on April 14, 2018 and said: “Being inducted into the Rock and Roll Hall of Fame is a dream realized; I’m honored and humbled.” Fellow inductee Howard Leese congratulated Hugh: “So excited to welcome my Rock Vault bandmate, Hugh McDonald, to the Rock & Roll Hall of Fame. His bass playing with Bon Jovi is a big part of the bands unique sound.” Raiding the Rock Vault Producer Sir Harry Cowell said simply, “beyond proud.”

Raiding the Rock Vault performs Saturday to Wednesday at 8:30 p.m. at Vinyl inside Hard Rock Hotel & Casino. Tickets start at $69 (plus applicable taxes and service fees) and can be purchased at the Hard Rock Hotel box office or online at www.hardrockhotel.com. A Rock Star Package upgrade is available for $100 and includes a show program, a meet and greet and photo opportunity with the rock stars prior to the show.