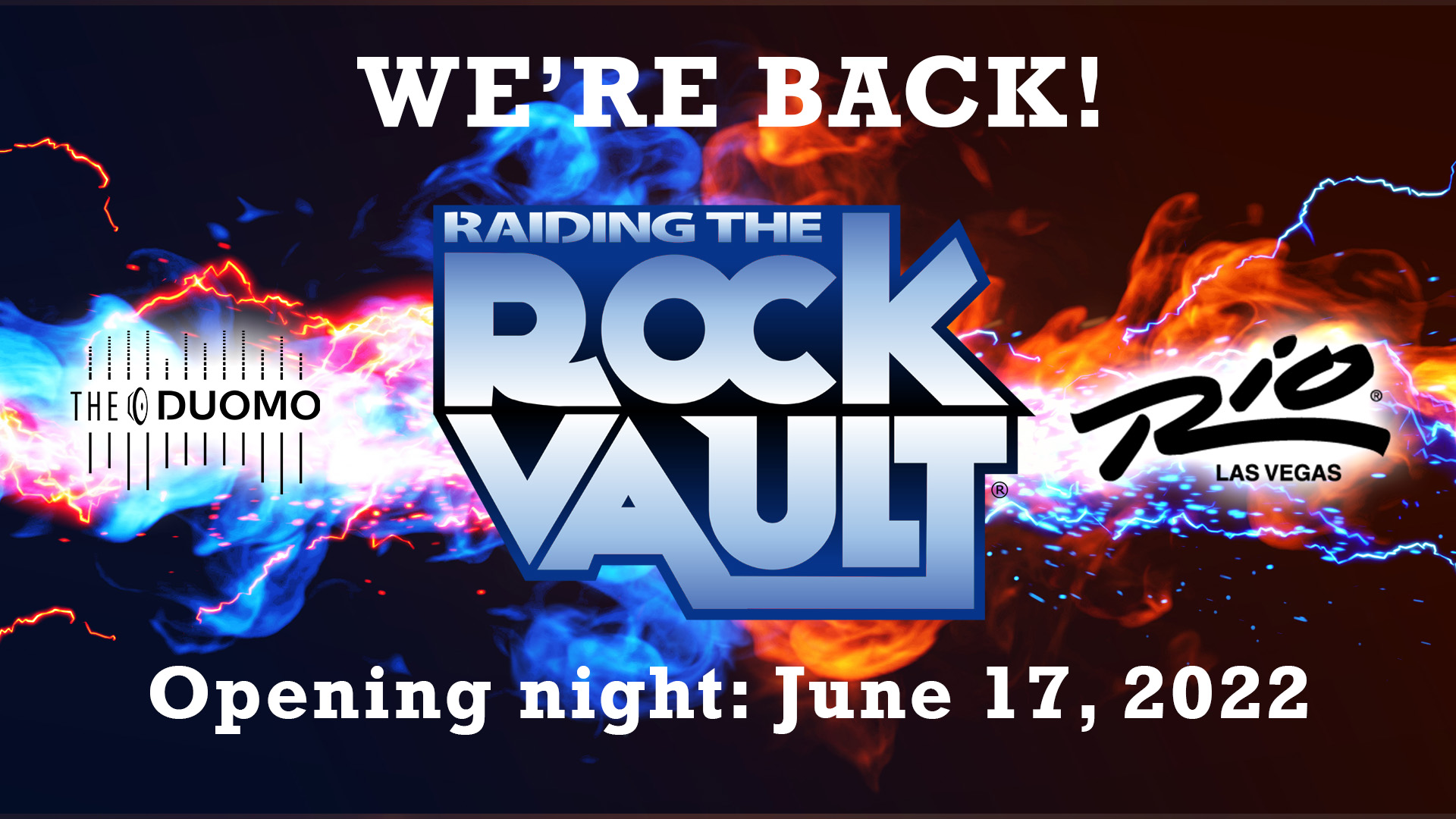 Join us June 20 for Celebration Day in Las Vegas!

Get exclusive deals and news about our plans for 2022!

The Story of Classic Rock Brought to Life by the Rock Stars Who Lived It!

What is Raiding the Rock Vault?

Opening June 17, 2022 at The Duomo – an all-new, purpose-built 300 seat rock club inside the Rio All-Suite Hotel and Casino Las Vegas.

Raiding the Rock Vault tells the story of classic rock from the 1960s to the 1980s and is performed by members of some of the greatest rock bands in history.

Raiding the Rock Vault was voted as readers’ choice for “Best Musical” (2014, 2015) and “Best Tribute Show” (2016 – 2021) in Las Vegas Review-Journal’s Best of Las Vegas Awards, has consistently been ranked the No. 1 performance in Las Vegas on TripAdvisor and was awarded “Best Limited Engagement Show” in Branson, Missouri (2017, 2018).

Check out Raiding The Rock Vault on Yelp

53 years ago this week the Woodstock Festival chan

At a farm in upstate New York…. The original W

Three guitar players & a keyboardist walk into a b

A little Queen for your Sunday night

Tonight we are rockin with Michael T Ross on keys