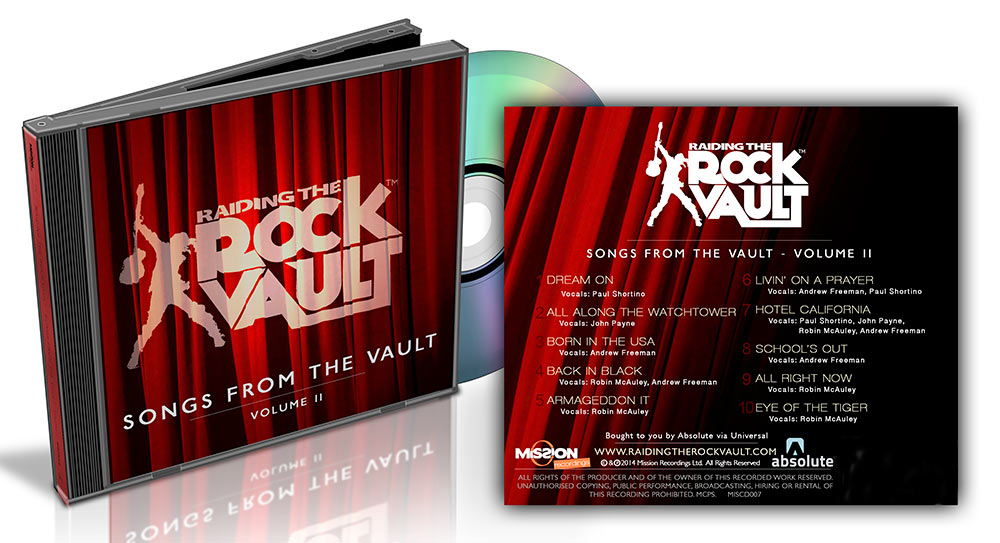 The new studio album “Songs from the Vault, Volume 2” by Raiding the Rock Vault is now available on all major digital services including:

“Songs from the Vault, Volume 2” is also available on CD during showtime at the show’s merch booth at the Westgate Las Vegas Resort & Casino. An online store selling the CD and show merch is expected to launch soon.