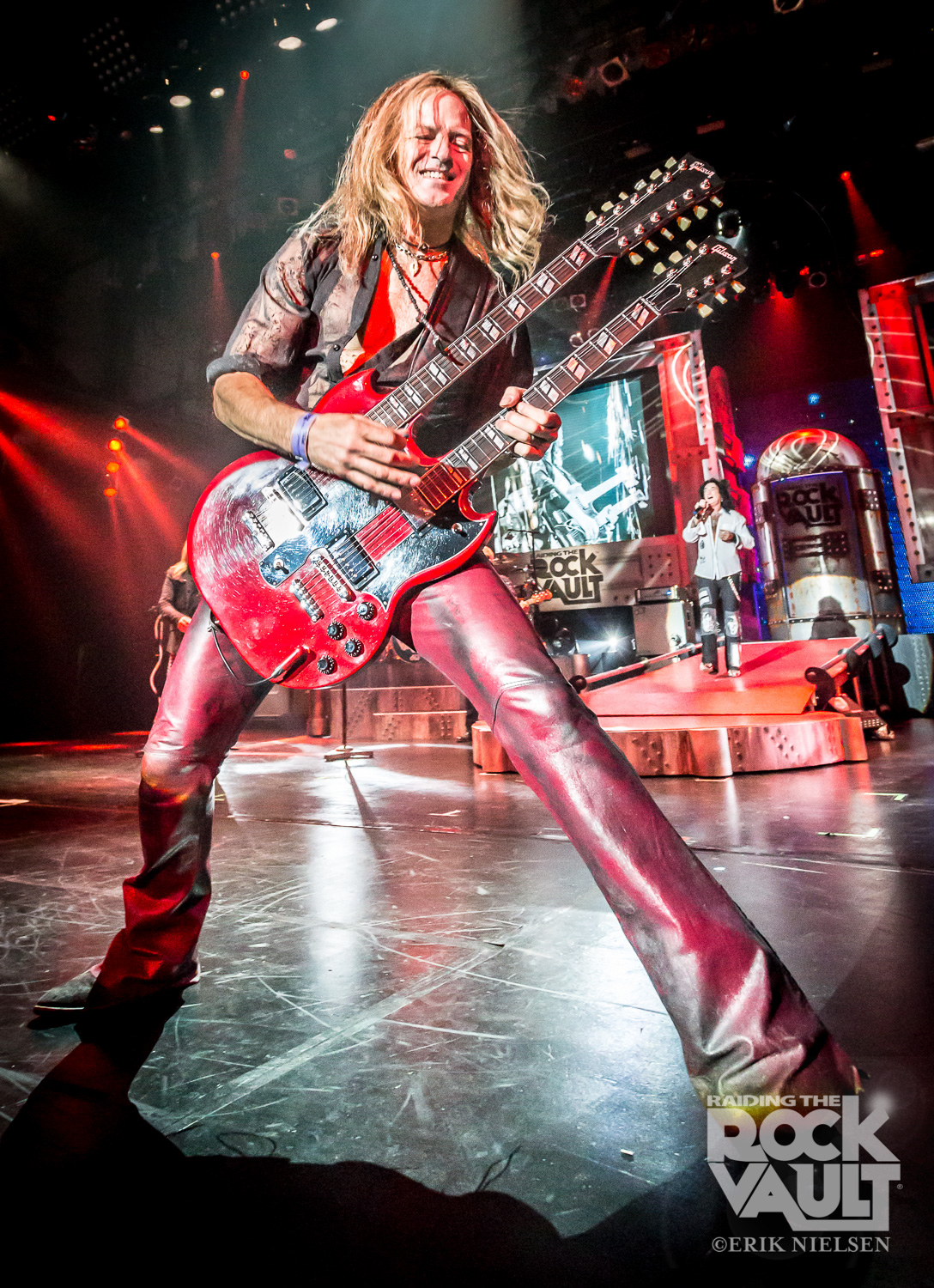 “Tracii and Doug are among the most talented guitarists in the world,” said producer Sir Harry Cowell. “The fans love them. Everyone in the show loves them. We can’t wait to have them back on stage.”

Guns, who was part of the show’s original lineup when it debuted in 2013, founded L.A. Guns in 1983. Since performing with “Raiding the Rock Vault,” he has gone on to form bands including Devil City Angels and GUNZO.

Aldrich, who joined the lineup of “Raiding the Rock Vault” in 2014, founded the band Burning Rain in 1998 and has since performed with Whitesnake, Dio, and Revolution Saints, before touring with Glenn Hughes Band earlier this year.