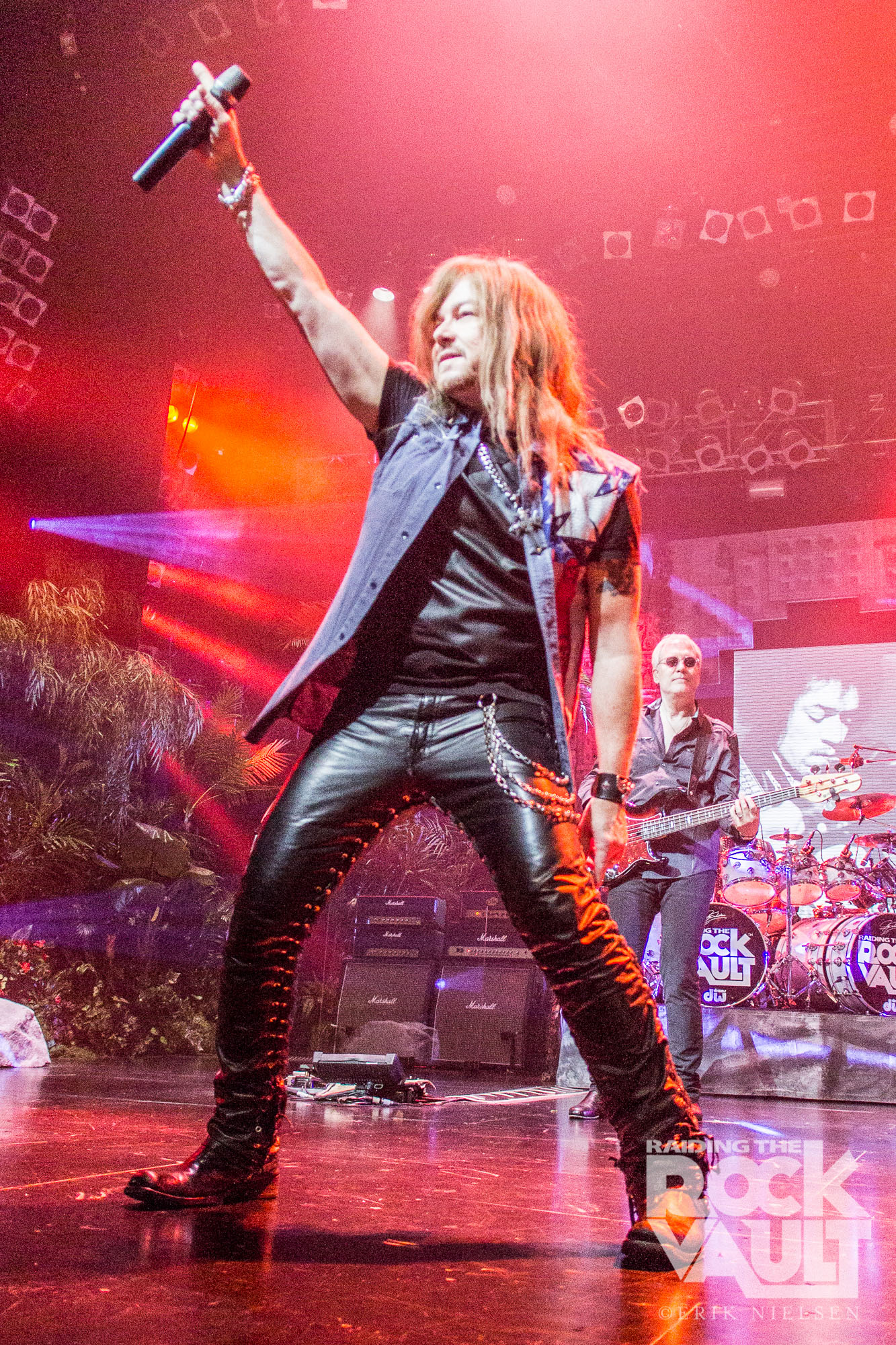 LAS VEGAS (December 29, 2014) – “Raiding the Rock Vault” has announced that rock singer Mark Boals is joining the permanent lineup of the show at The New Tropicana Las Vegas. The powerhouse vocalist and bass player, best known for his work with Dokken, Ted Nugent, and Yngwie Malmsteen, takes the stage Friday-Wednesday at 9 p.m.

“Mark [Boals] has performed as a guest in the show several times and we’re excited to welcome him on-board as a permanent member of the lineup,” said producer Sir Harry Cowell. “He’s an incredible musician, a talented singer, and an excellent addition to the show.”

The hit show was voted Reader’s Choice Best of Las Vegas 2014 by the Las Vegas Review-Journal and has been ranked the No. 1 Performance in Las Vegas on TripAdvisor for the past 12 months.

“Raiding the Rock Vault” performs Friday-Wednesday at 9 p.m., with tickets ranging from $59-$99 plus taxes and fees. A Rock Star Package is also available for $135 plus taxes and fees, which includes VIP tickets, a VIP Pass, a meet and greet with the rock stars prior to the show, and a two-CD set and concert program.

About The New Tropicana Las Vegas | TropLV.com
Prepare to be surprised. Tropicana Las Vegas redefines the expectations of today’s global travelers with a recently completed $200 million transformation that provides a casually elegant experience on the Las Vegas Strip. With a unique South Beach vibe, the resort features all-new rooms, suites and luxury villas that evoke the sentiment of a breezy beach house or penthouse in Miami, a fresh redesign of the 50,000-square-foot casino, several award-winning restaurants, a new race and sports book, and Glow®, a Mandara Spa and fitness center. First-class entertainment includes “The New Illusions” starring Jan Rouven and “Raiding the Rock Vault” in the all-new Tropicana Theater, Laugh Factory comedy club and live music in the Tropicana Lounge.