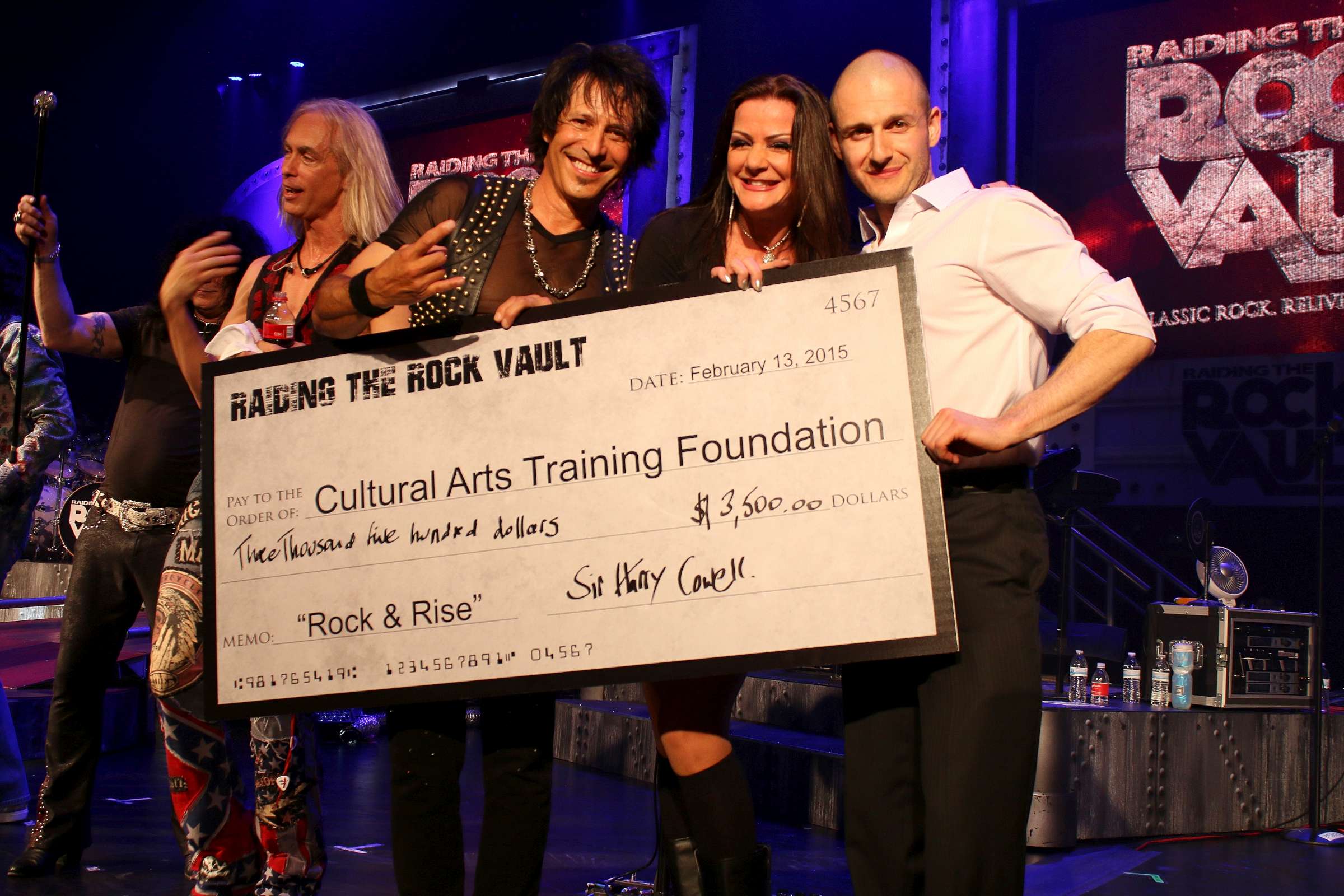 Proceeds from the one-night-only red carpet event will support the foundation’s programs that correspond to One Billion Rising, a global campaign to empower women

LAS VEGAS (Feb. 17, 2015) – “Raiding the Rock Vault” raised a total of $3,500 for The Cultural Arts Training Foundation at #RockAndRise, a special charity performance on Friday, Feb. 13, 2015. Proceeds from the event will support the foundation’s programs that correspond to One Billion Rising, a global campaign to empower women.

A check for $3,500 was presented to Lance Parvin, Executive Director of The Cultural Arts Training Foundation, on stage at the Tropicana Showroom at the end of the show.

The One Billion Rising global campaign was started in 2012 as part of the V-Day movement to end violence against women and girls. The “billion” refers to the UN statistic that one in three women – or about one billion – will experience physical or sexual violence in their lifetime. The campaign seeks to end violence again women, rise for justice and promote gender equality.

The Cultural Arts Training Foundation is a local Las Vegas charity that was established in 2011. It was founded on the idea of using movement arts to empower and improve overall health. Programs that correspond to the One Billion Rising campaign include a Women’s Empowerment Program, Veterans Internal Health Program, Child Empowerment Program, Senior Self Defense, Specialty Self Defense and Fitness Fusion.