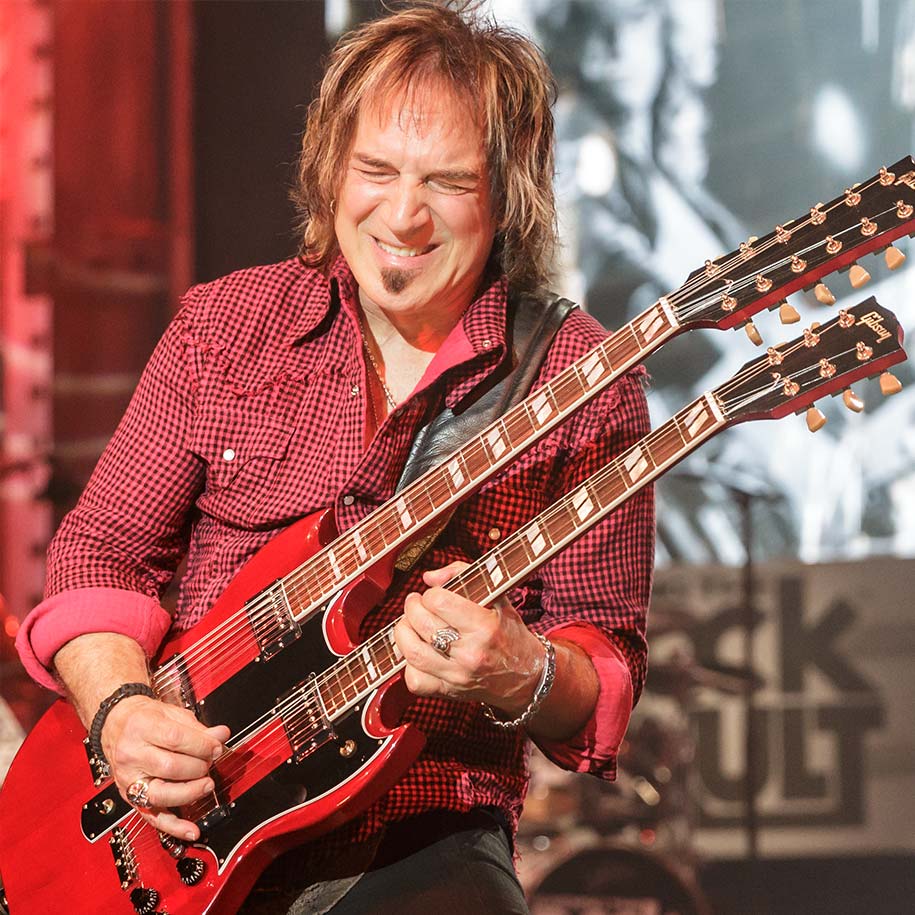 LAS VEGAS (Jan. 8, 2016) – “Raiding the Rock Vault” can’t fight this feeling! The hit show at Tropicana Las Vegas welcomes to the stage REO Speedwagon lead guitarist Dave Amato for shows, Feb. 3-22. The legendary guitarist first attended “Raiding the Rock Vault” in December 2014, when he memorably joined the band on stage for surprise renditions of “Jukebox Hero, “Highway to Hell,” and “Jump.” Tickets are now on sale and available at www.troplv.com.

“We’re elated that Dave [Amato] will spend nearly the entire month of February performing with us,” said producer Sir Harry Cowell. “He’s been a longtime supporter of the show and we can’t wait to welcome him to the stage as part of the band.”

Amato joined the iconic arena rock band REO Speedwagon as lead guitarist in 1989 and has remained a member ever since. Previously, Amato performed and toured with Ted Nugent, with whom he recorded 1988’s “If You Can’t Lick ‘Em…Lick ‘Em” and 1986’s “Little Miss Dangerous.” A sought-after guitarist, Amato has also performed with Vince Neil, Michael Schenker, Gregg Rollie, Richie Sambora, and Cher, with whom he recorded “Extravaganza: Live at the Mirage.”